This innovative video slot machine has a ‘conquistador’ theme and features vibrant animation and immersive sound effects. You, the player, follow a treasure seeking explorer by the name of Gonzo. An interesting departure from most video slot machines, Gonzo’s Quest does not use spinning reels. Instead, the game has incorporated the Avalanche™ feature, which we will detail below.

This innovative departure from traditional “spinning” reels, digitally animates the block in each column to “fall” into place in a way reminiscent of an avalanche. The avalanche Feature is activated any time you have a combination of matching symbols in a payline formation during the Free Fall portion of the game. The blocks then “explode” then disappear, and cause an avalanche of new symbols to fall into place. This increases your winnings by raising your winnings multiplier incrementally until you reach the maximum. During the main play portion of the game the maximum multiplier is 5x and the free falls “avalanche” portion has a maximum of 15x.

Gonzo’s Quest features a wild symbol like most video poker games. It’s is in the form of a “joker” symbol and can replace any needed symbol in order to achieve a winning line. 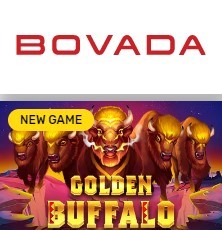